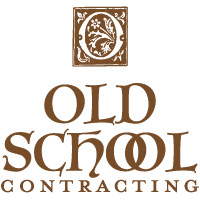 We were contracted to repair one of several decks on a lovely, Southern plantation-style home in the area. This home is designed to look ‘vintage’, but it is under 20 years old, so our quote required taking into account the specific materials necessary to match the style of the house.

Initially, this was a fairly standard job, but it quickly turned into a much larger project.

When the home was originally constructed, the decks were not built out of appropriate materials which would last. We were to replace decking with more durable materials and fix rotten and compromised areas. While working on the initial deck, we discovered other problems which the homeowners subsequently contracted with us to repair since they approved of the work we were doing. Ultimately, all six decks on the house needed to be replaced.

Rotten wood in one of the decks had resulted in leaks into the interior of the house. Where the leaks occurred, the walls and doors were damaged and needed to be repaired and replaced. Walls were torn out and new drywall installed. Being an exterior wall, we needed to match the brick on the rest of the house. There really isn’t a way to salvage used brick post-demolition for reuse on the same structure, so we had to find something similar. We spent two months researching and locating suitable brick to match the rest of the house, eventually finding some in Georgia. This had to be purchased and imported to complete the repair on the walls.

The patio doors had rotted as well. To solve this problem, we created new, custom doors out of cypress which should be more resistant to rot in the future.

Many of the issues we encountered on this home could have been avoided if corners had not been cut during initial construction of house. When you are choosing a contractor to build your home, it is always a good idea to talk to some of their customers and find out what they think of their home after they move in. Even if they’ve owned the home for years. Sometimes it takes ten years for certain construction-related problems to show themselves, and often the contractor is nowhere in sight. And they are not likely to take any responsibility, labeling the issue as typical ‘wear and tear’.

Our advice: Ask questions!If you don’t understand why your contractor is doing something – ask! A good contractor will address your concerns and explain the process in a way you can understand, and should also help you understand all the options available. Sometimes a few questions up front can keep you from some costly renovations down the road.

Like the work that we do? Please contact us for a quote on your next project. We offer contract solutions from repairs and remodeling to whole house construction. 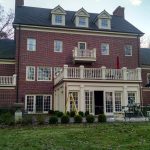 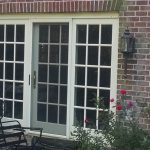 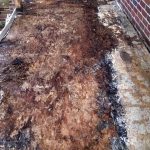 The flat rubber roof was punctured during original construction and resulted in severely rotten floors. 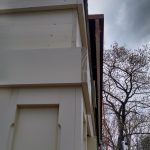 The flat roof resulted in the doors below rotting. Remember: gutters help keep a house dry! 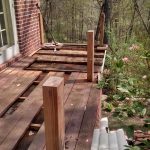 The deck was not constructed properly and that resulted in replacing it sooner than should have been needed. 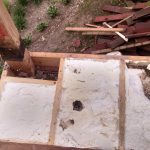 Rotten decking complete with a colony of mice that moved in 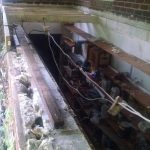 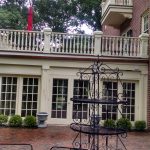 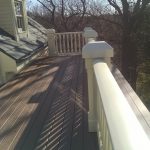